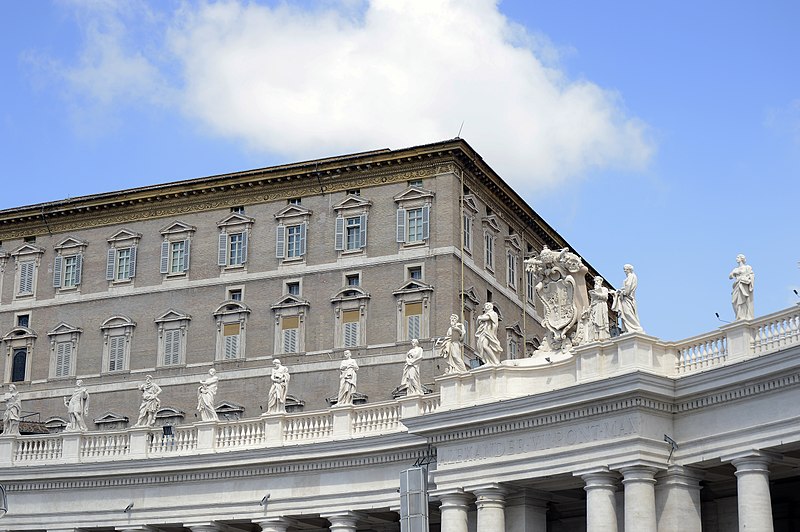 The Apostolic Palace (Latin: Palatium Apostolicum; Italian: Palazzo Apostolico) is the official residence of the Roman Catholic Pope and Bishop of Rome, which is located in Vatican City. It is also known as the Papal Palace, Palace of the Vatican and Vatican Palace. The Vatican itself refers to the building as the Palace of Sixtus V in honor of Pope Sixtus V, who built most of the present form of the palace. The building contains the Papal Apartments, various offices of the Catholic Church and the Holy See, private and public chapels, Vatican Museums, and the Vatican Library, including the Sistine Chapel, Raphael Rooms, and Borgia Apartment. The modern tourist can see these last and other parts of the palace, but other parts, such as the Sala Regia and Cappella Paolina, are closed to tourists. The Scala Regia can be seen into from one end but not entered.